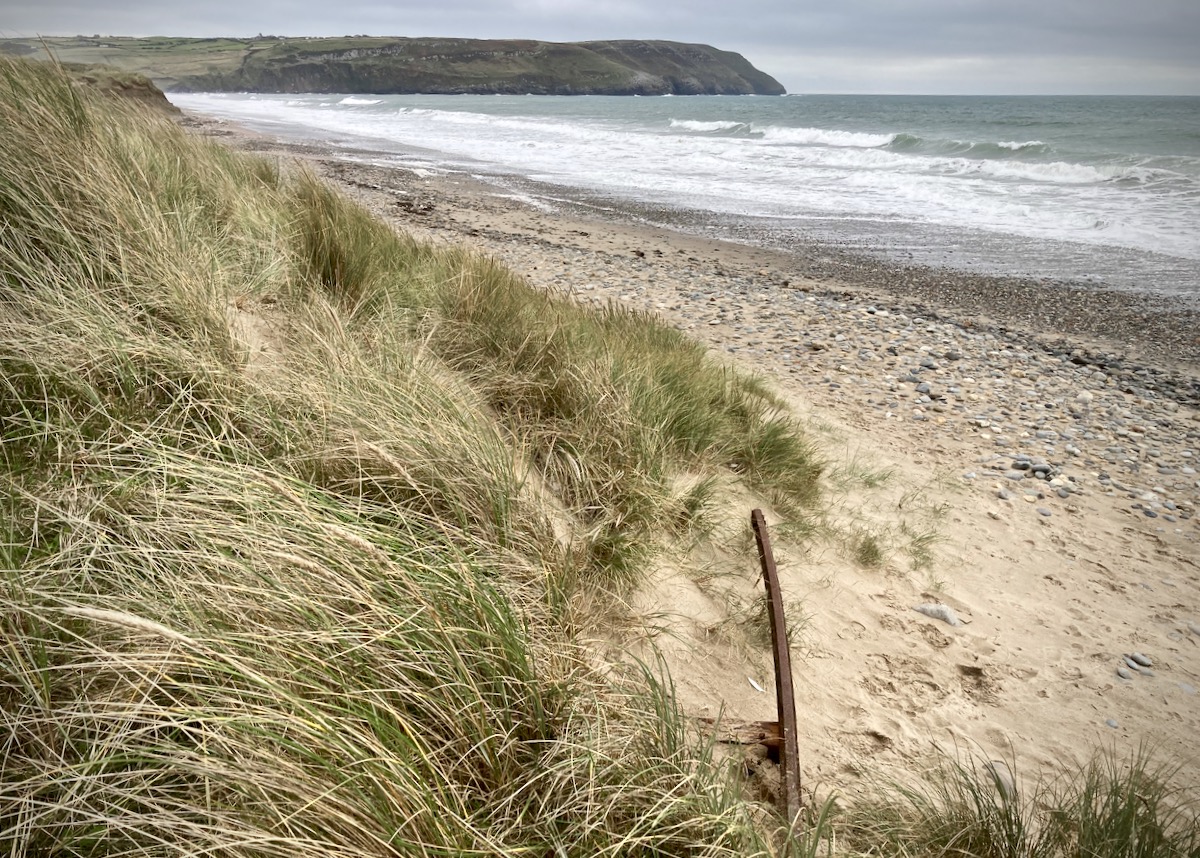 Porth Neigwl (“Hell’s Mouth”) is a haven for surfers, even in miserable weather. We watched a few heads bobbing in the bay as we walked the beach, spotting remnants of the old tracks used by the military to run targets on for firing practice. After discovering an abandoned seal pup & reporting it to the RSPCA, we headed to the next destination.

We stopped at Aberdaron for a classic car picnic & to walk the beach & the path above, then headed up the narrow road to Mynydd Mawr on the hill overlooking Bardsley Island. The station housed over 70 people during World War II & was used as a lookout point by coastguards until 1990.

The third beach of the day was Porthor, a little cove with a nice cafe on the beach. Just up the road lay the remains of an old Jasper quarry at Carreg – we headed there as the last stop of the day in the hopes we might mind some Jasper of our own…

For more information on Portmeirion, check out the Wikipedia page here.