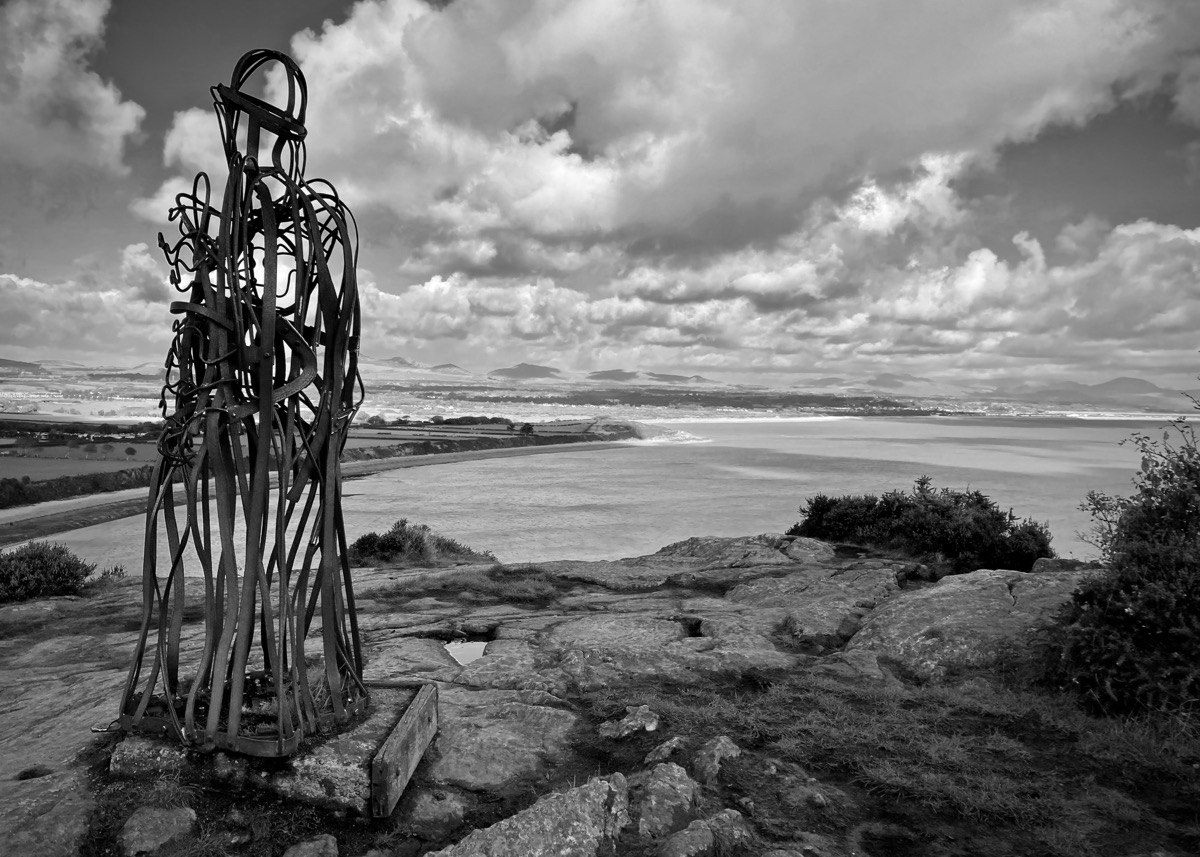 To kickstart our week in the Llŷn Peninsula, we ticked off sights in Pwllheli, Llanbedrog & Abersoch in quick succession!

First off, we walked the beach at Pwllheli followed by the circular hike at Llanbedrog, which begins with a near vertical climb up from the beach. We had lunch by the Iron Man sculpture, overlooking the bay & mountains in the distance, before following the coastal path around the headland.

From Llanbedrog, we headed to Abersoch to gaze in awe at the millions of pounds-worth of cars lining the streets & driveways. Suitably depressed, we headed for our third beach of the day. The beach is lined with a rainbow of huts in various states of repair – mostly good!

For more information on the circular Llanbedrog route that features the Iron/Tin Man sculpture, check out the National Trust site here.